Hunters of the Damned! 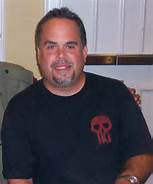 Hunter Shea is no stranger to my blog. Any time he wishes to stop by, I'm more than happy to have him on. His books are some of the best out there, and I've enjoyed them all. But his newest, Tortures of the Damned, exists on a plateau that's all its own. Intense, fast-paced, and incredible, this book doesn't let up from the moment the story begins. At times I had to close the book so I could take a breather, dab my brow with a napkin to dry the sweat. It's scary, emotional, and a good time that's seldom achieved these days in fiction.
Not only was the book impressively written (that's expected), it was written by a guy who has become a dear friend. I got to spend some more time with Hunter this past July at Scares That Care II in Williamsburg, VA. Readers flocked to his table, snatching up everything he had available to sell. A reader named Jan visited my table many times and chatted about many things, but usually our conversations migrated toward Hunter and his books. A long-time reader of his, she'd purchased his two latest novels: Tortures of the Damned and The Dover Demon. She couldn't say enough good things about him, nor can I.
Horror fiction is in good hands with people like Hunter Shea. He not only blesses the genre with his talents, but he also shares a child-like love for monsters and things that go bump in the night that is infectious. His books leave you giggling like a kid at a sleepover who should have been asleep hours ago. Why? Because you share a secret with Hunter, just as all fellow horror and monster lovers do. This is a genre where it's okay to be scared, okay to leave the real world behind for a few hours. That's the secret that all of us monster-lovers share, and with a grand storyteller like Hunter at the helm, we have myriad shocks and suspense just a page away.
And now, I turn the blog over to Hunter. Thank you, my friend, for stopping by.
Suffering for Your Craft
by Hunter Shea, author of Tortures of the Damned
You are what you write. And you write what you are.
Well, not entirely, but sometimes what you put on the page and the emotions that explode out of every pore go pretty much hand in hand. It can be overwhelming when it happens but more times than most, it serves the story well.
Case File – Hunter Shea – Author of Tortures of the Damned – Tortured While Writing
Deciding to write a thriller based on a terrorist attack in the city where I call home was never going to be easy. When the towers collapsed on 9/11, from my house I could see the plumes of black smoke rising from the wreckage. Since then, we’ve lived in fear of something like that happening again…or worse. So basically, this book was going to lay bare all of my nightmares, a quarter of a year spent living in the worst of times, at least in my head.
I made a decision to write small chapters, 2-5 pages each, small bursts of action that would drive home the sense of urgency. The original title was Run Like Hell, and my goal was to take a normal family and put them through hell, running for survival with a shifting light at the end of the tunnel. Each chapter was a little adrenaline burst.

And that’s exactly how my body reacted all throughout the writing process. The more chapters I wrote in a sitting, the more keyed up I became. Sometimes, it would get so bad, I’d have to knock back a drink or two or even pop a Xanax to settle down. My hands would tremble, my brain refused to shut down, even my body ached. It was unlike anything I’ve ever experienced. Day after day, I wrecked myself. Talk about suffering for your craft!
Through it all, I kept thinking, if this is what’s happening while I write, what will become of the people who read it?
The answer that eventually came to me – hopefully it will tug at all of their emotions and get them to cringe, shriek, cheer, hold their breath, think, cry, smile, hope, pray and plan for their own future. Lord knows, that’s what was going on in the Shea lair.
People are already asking about a sequel. When I think about it, my body has an actual visceral reaction. Of course, that doesn’t mean no.
I do have some leftover Xanax.

Big thanks to Kristopher for hosting me on his site. He’s an awesome writer that everyone should be reading. If the world goes to shit, you want good guys like Krist on your side.
Hunter Shea is back again with a Pinnacle/Kensington paperback following his smash hit of The Montauk Monster last summer. This time the world could be ending!
Follow along using the hashtags: #TorturesoftheDamned #Apocalypse #RunforYourLife
Tortures of the Damned, Info and Synopsis-
·        Mass Market Paperback: 352 pages
·         Publisher: Pinnacle (July 28, 2015)
·         Language: English
·         ISBN-10: 0786034777
·         ISBN-13: 978-0786034772
SHOCK…
First, the electricity goes—plunging the east coast in darkness after a devastating nuclear attack. Millions panic. Millions die. They are the lucky ones.

AFTER SHOCK…
Next, the chemical weapons take effect—killing or contaminating everything alive. Except a handful of survivors in a bomb shelter. They are the damned.

HELL IS FOR HUMANS
Then, the real nightmare begins. Hordes of rats force two terrified families out of their shelter—and into the savage streets of an apocalytic wasteland. They are not alone. Vicious, chemical-crazed animals hunt in packs. Dogs tear flesh, cats draw blood, horses crush bone. Roaming gangs of the sick and dying are barely recognizable as human. These are the times that try men’s souls. These are the tortures that tear families apart. This is hell on earth. The rules are simple: Kill or die.
Praise-
“A lot of splattery fun.”—Publishers Weekly

“Old school horror.” —Jonathan Maberry,  New York Times bestselling author
Hunter Shea, Biography-
Hunter Shea is the author of the novels The Montauk Monster, Sinister Entity, Forest of Shadows, Swamp Monster Massacre, and Evil Eternal. His stories have appeared in numerous magazines, including Dark Moon Digest, Morpheus Tales and the Cemetery Dance anthology,
Shocklines : Fresh Voices in Terror.
His obsession with all things horrific has led him to real life exploration of the paranormal, interviews with exorcists and other things that would keep most people awake with the lights on. He lives in New York with his family and vindictive cat. He waits with Biblical patience for the Mets to win a World Series. You can read about his latest travails and communicate with him at www.huntershea.com.
PURCHASE!
You can purchase Tortures of the Damned in mass market paperback at more retail stores nationwide, as well as bookstores, both independent and chain.
You can also buy online at:
Amazon-
Barnes and Noble
Giveaway!
One signed book from Hunter Shea of winner’s choice (or e-book) and a bookmark.
a Rafflecopter giveaway

Welcome to the blogsite for Kristopher Rufty - author, film-maker, and Diabolical Radio host. 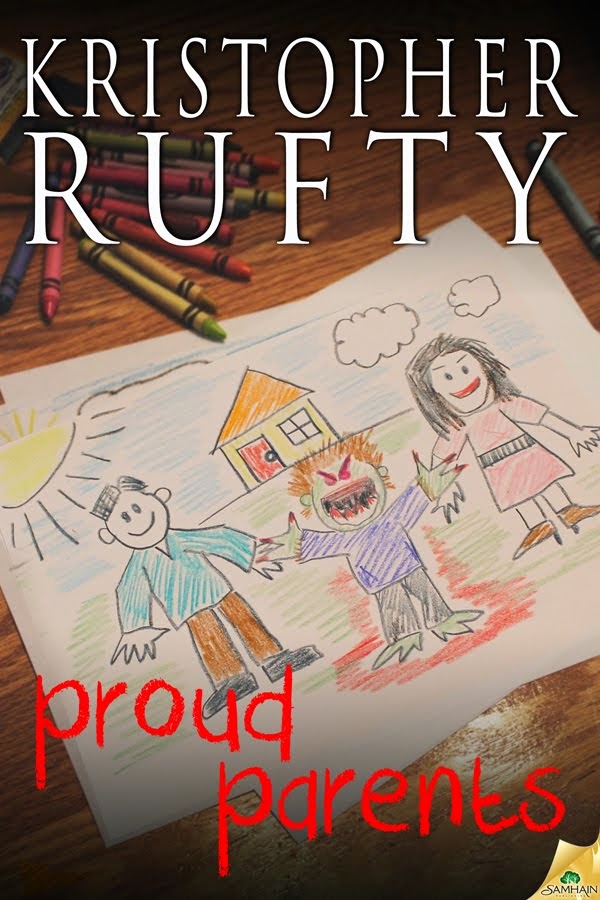 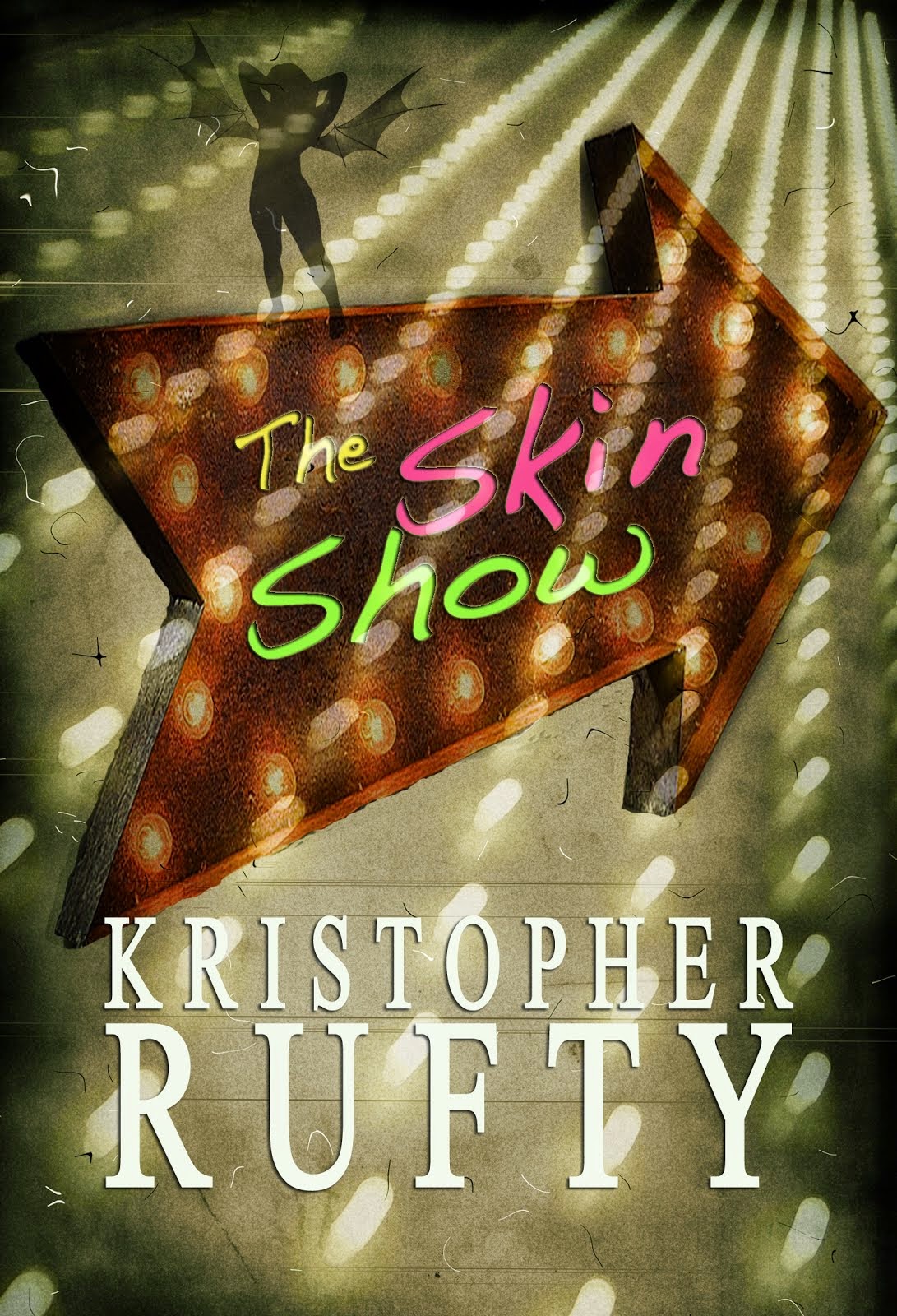 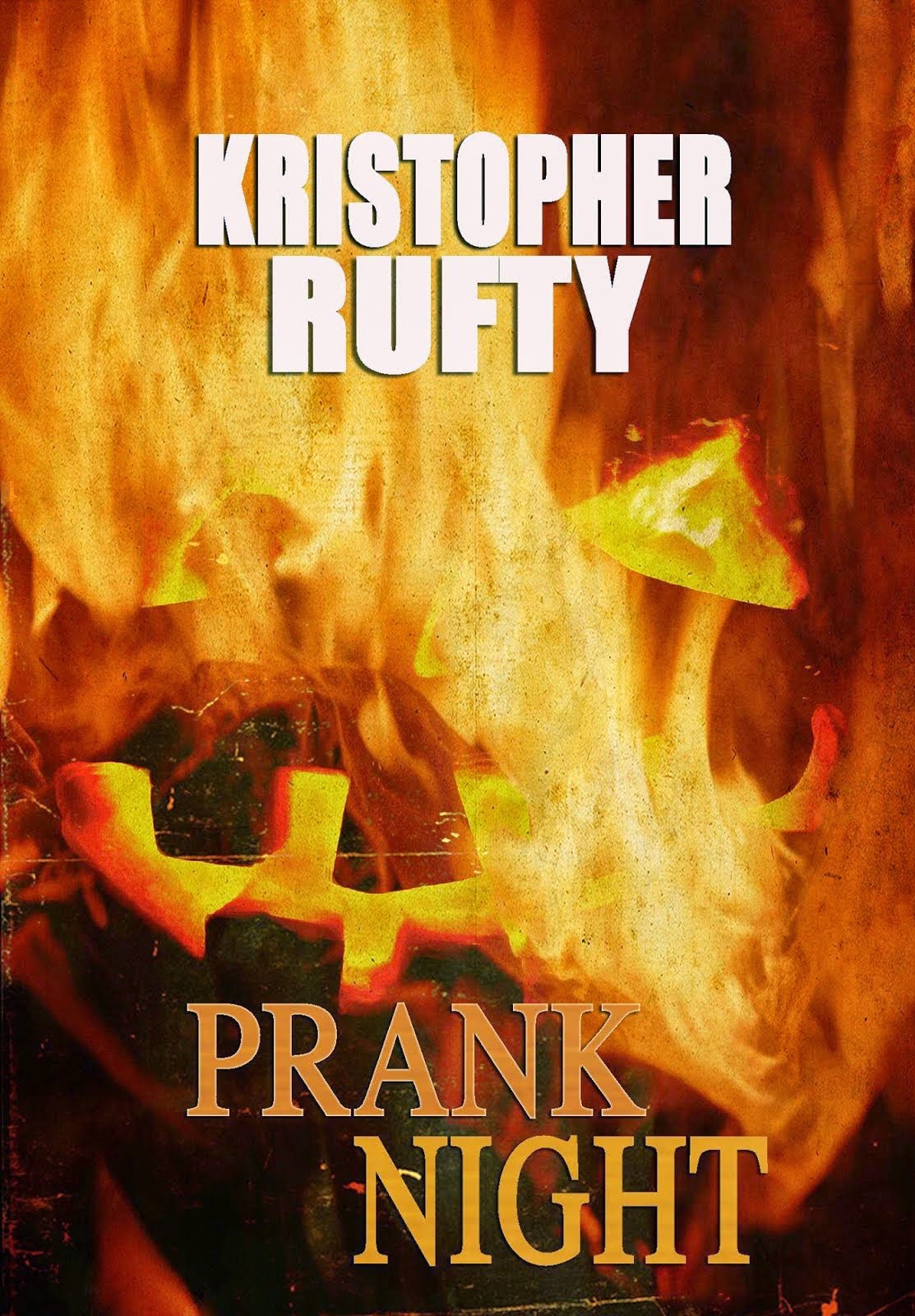 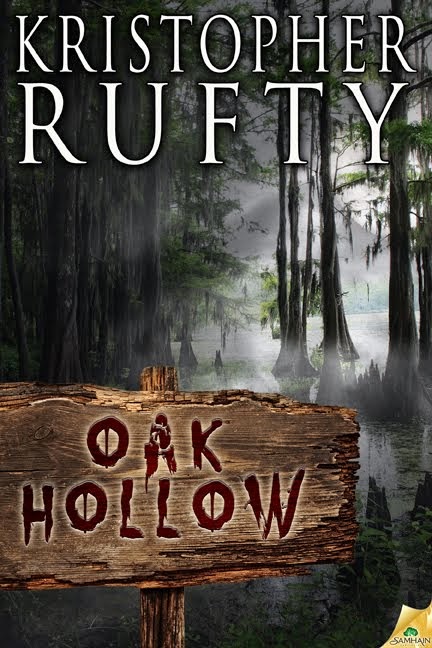 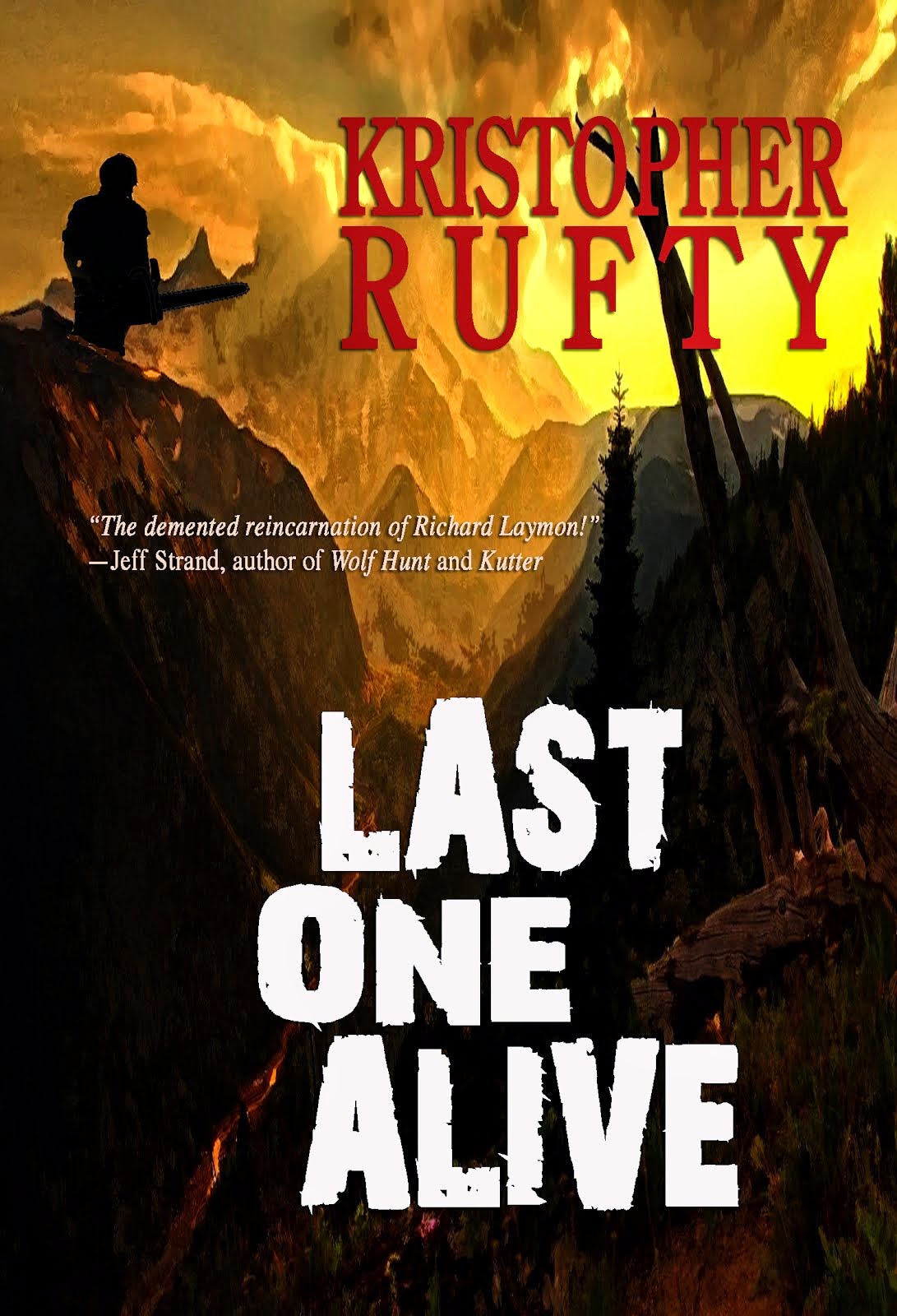 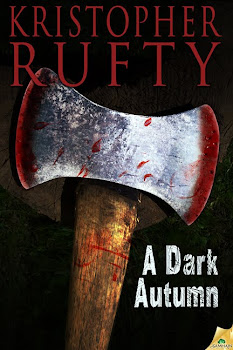 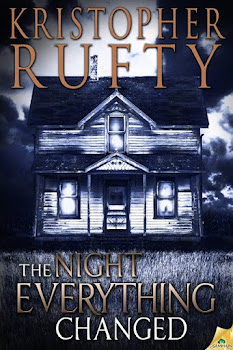 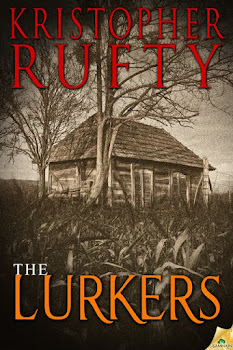 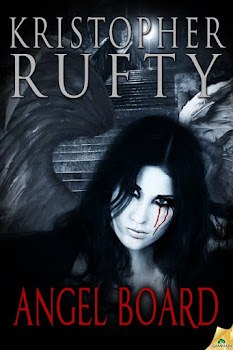 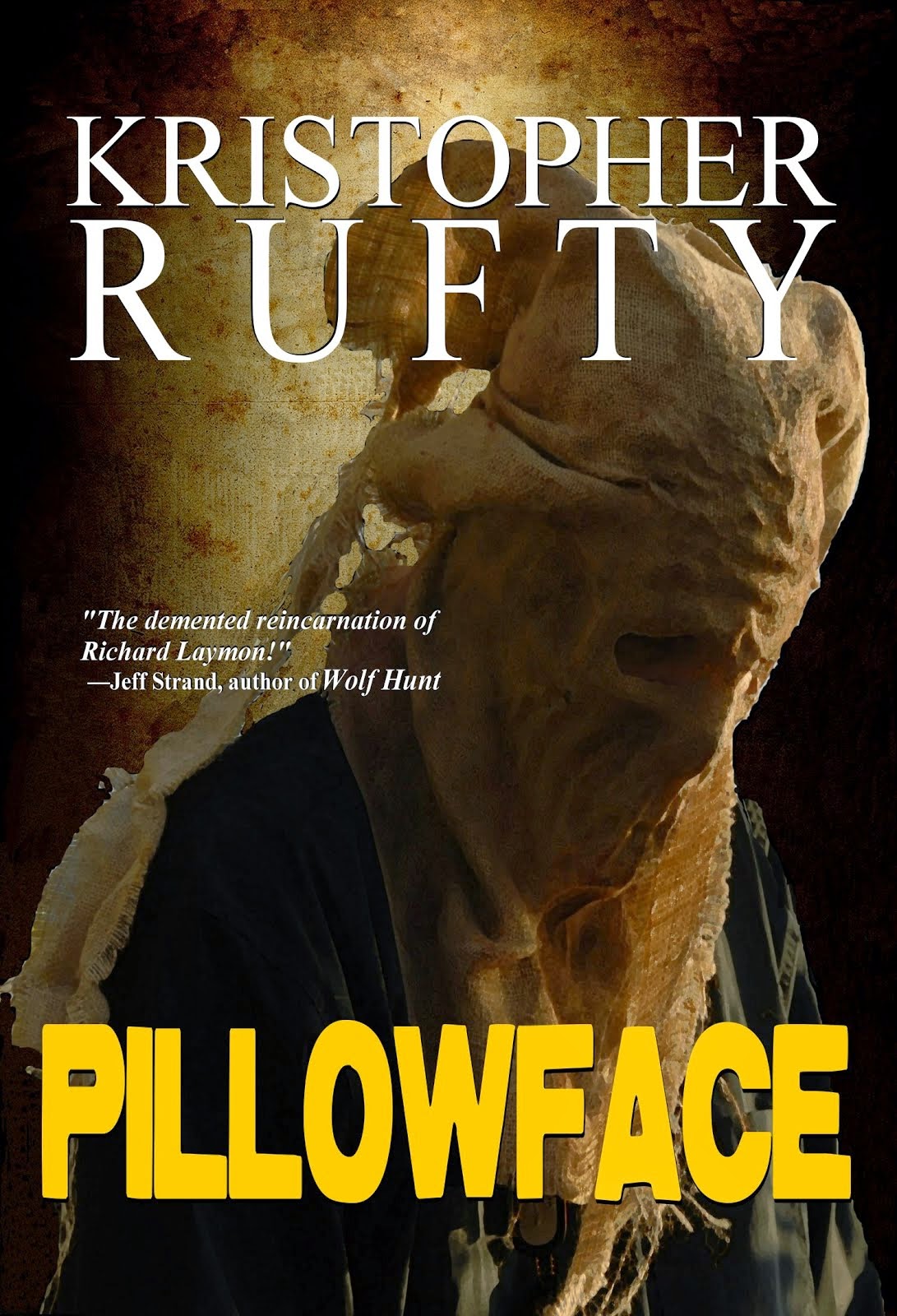 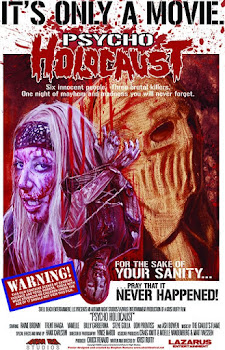